Our team “CEI at UPM”, led by Prof. José A. Cobos, did not qualify as finalist for the testing phase at NREL, but we tried very challenging new concepts for the power stage and inductors, we found some technical problems (driving of paralleled GaN devices not reliable yet) and we measured very promising experimental results.

The “Google/IEEE Little Box Challenge” took us to our creativity limits. It is an excellent opportunity for the power electronics community to develop new concepts for solar and renewable energy. Good luck to all finalists! 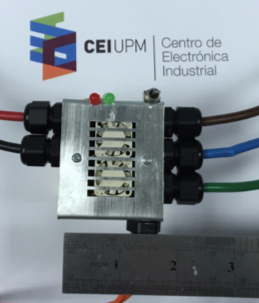 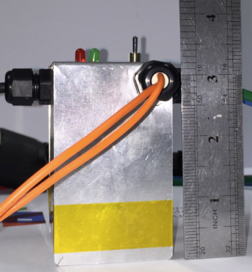 Our participation in the Google Little Box Challenge has been extremely exciting and productive, projecting a 2kVA inverter of 12.9 in3 (211 cm3), which is less than 1/3 of the required volume to participate (40 in3). This means a power density of 156 W/in3 (9.5 kW/liter).

The inverter is not fully functional yet, but we hope to show soon the potential of our inventions. Find below its progress, including the problems we faced and how we developed it.

We made two novel key contributions, to be published soon:

A novel family of inverters has been proposed and validated. They use the same current to perform two functions simultaneously: energy transfer and energy storage. The internal power handled by the inverter is dramatically reduced. Smaller magnetic components and lower losses means smaller size of the inverter.

Magnetic components make most of the volume of converters, and/or are hot spots. By designing custom magnetics, we solved both issues. We achieved a better form factor and allowed an homogeneous thermal distribution, guaranteeing less than 60ºC on the outer accessible surfaces of the box. 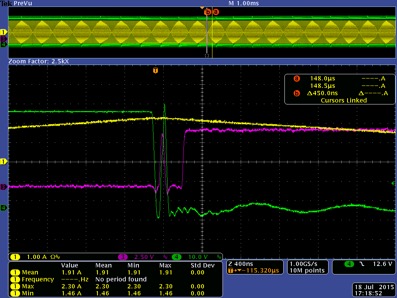 Implementation of the novel control strategy

We wrongly assumed that HW interrupts available in DSPs were appropriate to implement the novel control strategy proposed for this novel power stage. We had to replace it by an FPGA to successfully implement it. Experimental results are now satisfactory.

To reduce volume, we located the drivers in a separate PCB from the GaN devices. Signal integrity limited the scaling up in voltage (40V instead of 400V) for the test setup. New PCB layout has been implemented with GaN devices and drivers on the same PCB.

VALIDATION of our inventions

The inverter has been tested at full power (2kW) only in one operation mode, measuring an efficiency of 99.2%. Extrapolation to normal inverter operation gives an estimated overall efficiency of 98.7%. The temperature on our 12.9in3 box for this power dissipation was measured to be 55.5ºC at an ambient room temperature of 27ºC.

The functional validation of the novel power topology and its associated control was validated on a scaled prototype (40V at the input), which is one tenth of the required voltage. We are now scaling up the inverter to Vin=400V, and will update this information if we succeed.

A lot of FUN 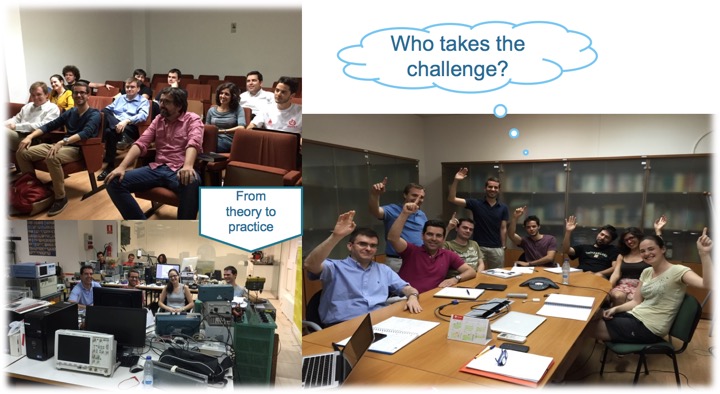 Students and professors had weekly meetings for months, to share and discuss what was achieved during the week, and plan the next actions. Not only the members of “CEI@UPM” team worked, many people helped along the way. In these meetings, we all learned a lot, and we had so much fun too. 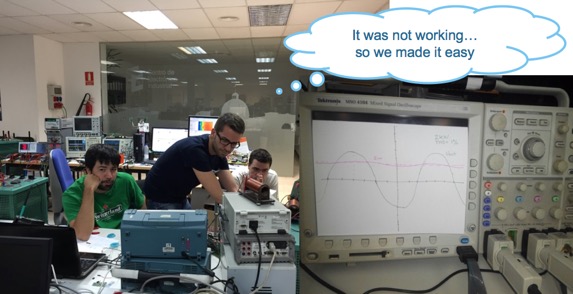 In the lab, we have worked in many different tasks, there has been a lot of parallel working in order to make faster progress. Some of the tasks have been electrical & thermal characterization of components, prototypes with GaN devices, magnetics design, control, simulation, EMI.… 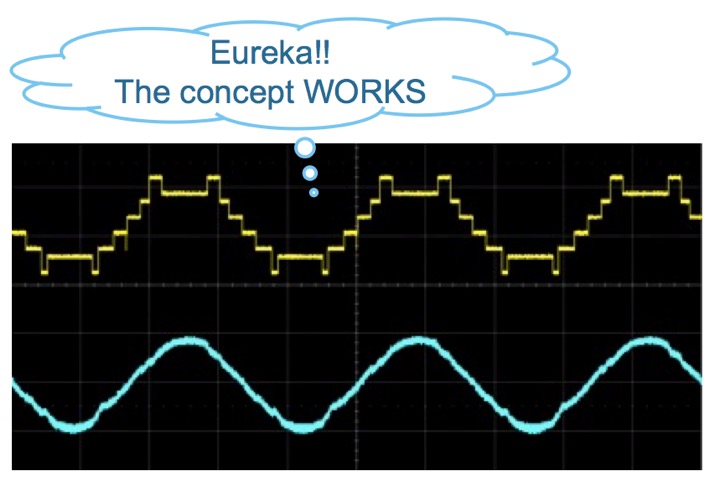 We validated the concept, now we are working to make it fully functional. Switching frequency is variable, in the range 20kHz – 200kHz, to have reduced switching losses (ZVS) in all the power switches, and deliver the right amount of energy to the appropriate component, along the line cycle. EMI filter is also tiny, due to the variable frequency, the soft switching transitions, and especially, because the inductor of the EMI filter is also integrated in the same custom magnetic structure as the power inductors. The storage capacitor for the AC energy is 2×68 uF. 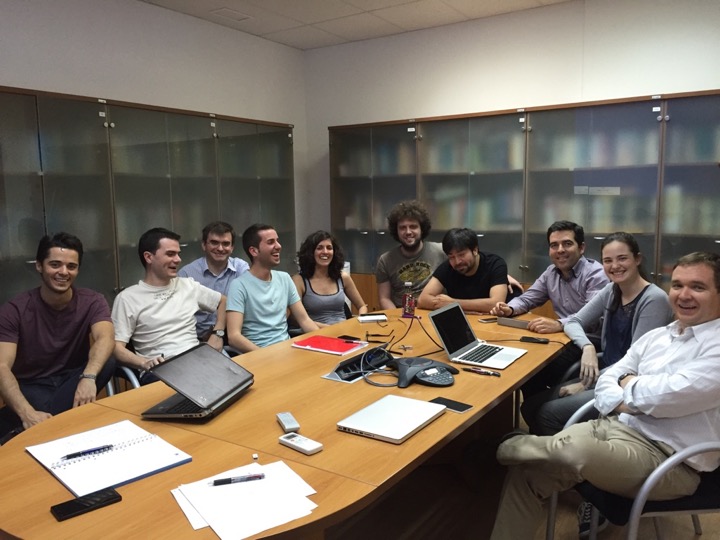 I wish to express profound gratitude to Carlos Ucha, Miroslav Vasic, Rafael Asensi, Víctor Cordón, Helena Cristóbal, Vladimir Svikovic, Marcelo Silva, Jesús A. Oliver, Regina Ramos and Pedro Alou, from left to right in the photograph.
Jorge Ramírez, Angel de Castro, José Mª Martínez-Val, Jorge Cortés, Noemi Nogar, Justo Cubero, Alfonso Martín & Fernando López are not in the picture, but helped significantly. Special thanks to Carlos Molpeceres and Juanjo García-Ballesteros (Centro Láser).
Finally, thanks to Google for granting us one of the Academic awards, and ECPE for their support. A competition like this stimulates new ideas from a large community. We all worked hard, enjoyed, and learned a lot
Thanks!
José A. Cobos
﻿