XFEL project: A step to the future. Would you like to see the atomic structure of a bone? Or would you like to film a chemical reaction? Or would you like to see the performance of materials in structures smaller than 100nm? These types of experiments will be possible in the near future thanks to the European XFEL. The X-Ray Free Electron Laser is a 3km long facility that is being built near Hamburg. Twelve countries, lead by Germany, are collaborating to create this unique best-in-the-world scientific site. Hopefully, it will be ready in 2015. Spain is participating with 2% of the total budget, mainly through In-Kind Contributions. 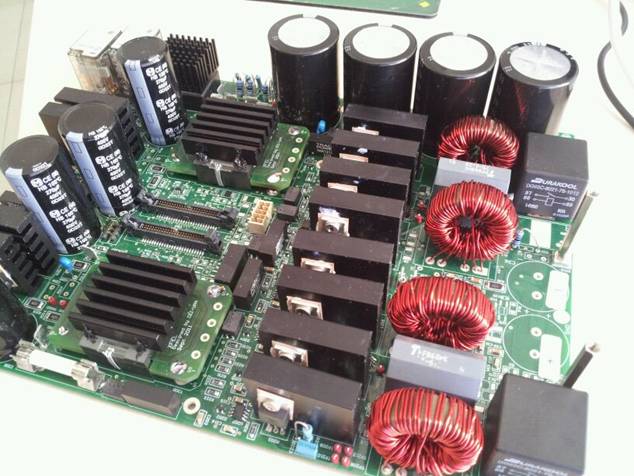 To produce an X-ray beam, bunches of electrons are accelerated in resonators and then driven into a slalom-type path created by undulators, to emit a high quality X-ray radiation whose wavelength can be as small as 0.05nm. The control of the electrons beam, in both resonators and undulators, is carried out by super-conductive magnets.

UPM-CEI is participating in this outstanding project being responsible of the power supplies of the cold magnets of the facility. This is a special power supply that should be very accurate in controlling its high output current, especially when the magnet is in super-conductive mode and no power is delivered to it. A mixed control mode varying both duty cycle and frequency has been adopted. The power supply is remote controlled and special attention has been paid to obtain a high reliability, introducing redundancy and some protections. We are very proud of adding our knowledge to this initiative that may lead to achieve important physics discoveries in the future.